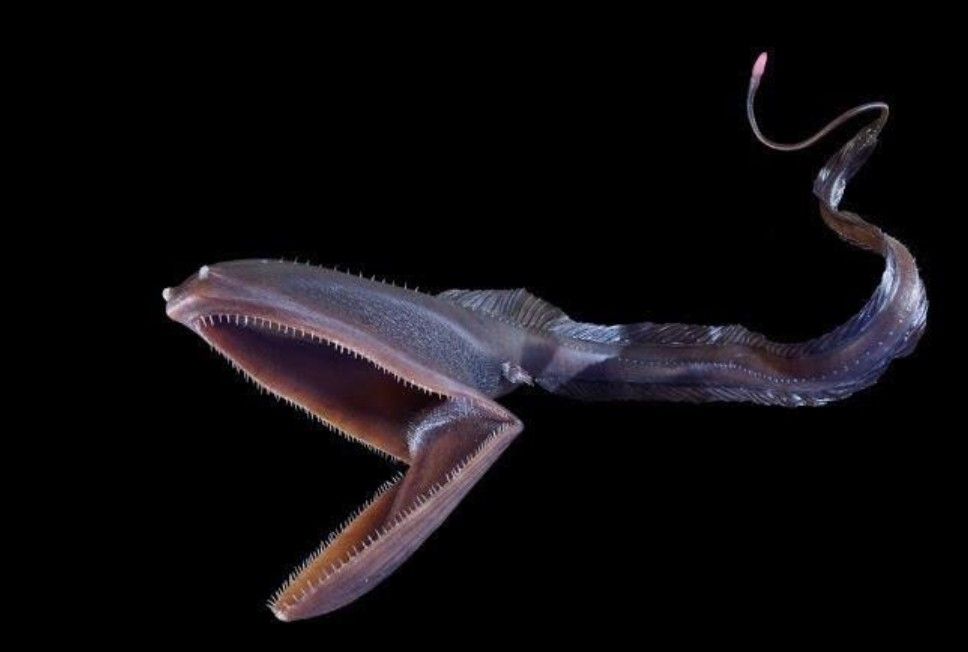 We all know of sea creatures like the shark, pufferfish or even stingrays. However, there are some creatures that a lot of people do not know of because they are rarely seen. These creatures are rarely seen because they dwell deep in the ocean, sometimes going up to 10 000 feet deep. Maybe it’s because they rarely see the light or I’m not sure if something goes on down there but these deepsea creatures tend to look freaky that even marine workers who are working on ship maintenance in Malaysia get freaked out on the rare occasion that they spot them. Here are some examples of said creatures:

The blob sculpin, sometimes known as the blobfish, is a depressed-looking fish that dwells in extremely deep water in both the North Pacific and the Bering Sea. When I say it’s a depressed-looking fish, I’m not saying that in an insulting way. This fish literally looks like it is frowning all the time. Maybe it’s because of the pressure of dwelling in the deep sea.  While this bottom-feeder appears to be bored and depressed all of the time, they are actually rather active on the ocean floor. Sculpins fan their eggs to keep sand off of them. This is actually unusual for deepwater fish to do since they are known for being a little more lenient with their young.

If you’re wondering whether you read that correctly, yes you did, it’s Christmas tree worms. No, it’s not worms that live in Christmas trees. It’s worms that look like Christmas trees! Christmas Tree Worms get their name from the tree-like appendages that sprout from their top. They can be found in warm, tropical waters from the Caribbean to Indonesia. There are feathery bits, which are actually tentacles that force food toward the worm’s digestive equipment, is the part that appears like a Christmas tree and those are actually its mouths. Yeah, it’s a little creepy.

If you like this article, read our other article about business studies.

You’ve heard of the clownfish that plays the role of Nemo in Disney Pixar’s movie, now we’re talking about the clown frogfish. The clown frogfish resides out among coral and can easily conceal itself because of its ability to change colour. However, it takes a few weeks for it to transform its appearance. Because it has a large enough mouth to eat anything of its own size, you might encounter one of these brightly coloured fish feasting on prey that is around 5.9 inches long, which is as big as they are.

Now, this one looks like it came right out of a nightmare. No offence to it but gulper eels are creepy-looking. The gulper eel, despite its name and the fact that it looks like an eel, isn’t a true eel. It’s actually just a different species of fish. Apart from their terrifying teeth, gulper eels, which live in ocean depths of up to 10,000 feet, have one unique feature: bioluminescence. Bioluminescence is light produced by a certain chemical reaction in some organisms. It is used mainly to warn predators, lure prey or simply to communicate between the same species. They also have another trick up their metaphorical sleeves: some gulper eels can eat prey that is larger than themselves, thanks to their unique teeth and elongated jaws.

You are unlikely to accomplish anything in respect to buying properties by placing a bid that is much below the asking price since there ...
Read More
Blogging

Buyers have become hyper-connected and empowered as a result of technological advancements. Customers expect to be able to access product information via several channels ...
Read More
Default

Things You Should Know In Resolving Disputes

Solving a dispute can be expensive because of the time it takes away from running your business. You may be having a disagreement with ...
Read More
Default

One of the key areas of experience in providing professional consultancy and SAP ERP system integration services. Consultants are well-known for their extensive ...
Read More
Default

Ways Steel Is Used In Art And Commerce

Steel is an alloy; a man-made combination of iron and other properties that strengthen it while making it malleable. There are several ways to ...
Read More
Blackrosehunter